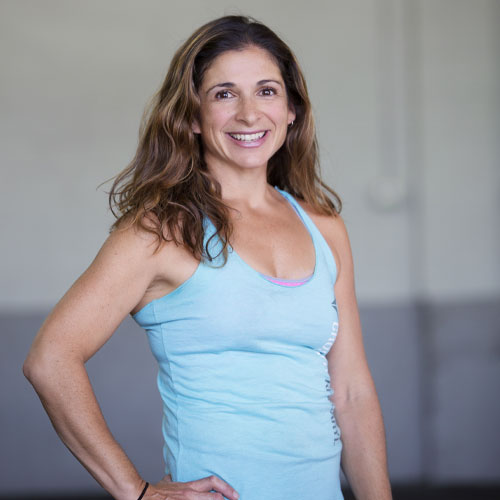 Jane was born and raised in southern California. Growing up, Jane played tennis, soccer, swam, learned to surf, and was a cheerleader for a year. While she loved growing up going to the beach, the crowds and traffic were just too much for her. She moved to Colorado in 2007 with her husband, Collin, and has never looked back. Since moving here, she fell in love with skiing, trail running, backpacking, camping, and, of course, CrossFit. Her family spends a lot of time in Steamboat Springs, so she hopes to take up mountain biking this summer.

Jane has worked in several industries.. in technology doing software consulting, as a firefighter, and as a pediatric nurse. She is now staying home with her 5 year old twins and coaching with the hopes of returning to nursing when her children get a little older.

Why CrossFit?
CrossFit makes Jane feel ready for anything – running, skiing, chasing after her kids, whatever calls. She loves the community and that it never gets easier, she just pushes harder.